Croatia were awarded a second goal of the contest against Spain by goal-line technology. While Spain were considered favourites by many to w... 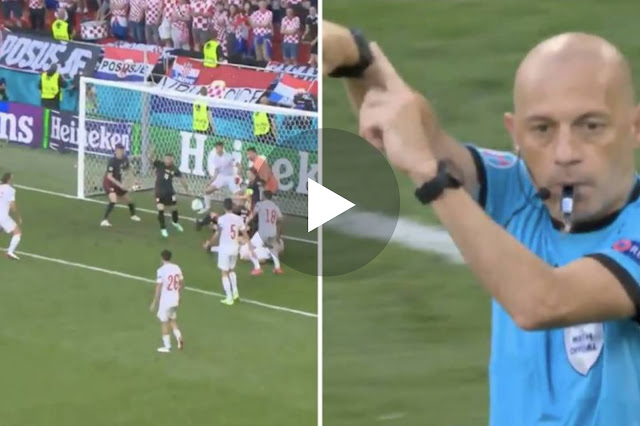 Croatia were awarded a second goal of the contest against Spain by goal-line technology.
While Spain were considered favourites by many to win this contest, it was Croatia who took the lead.
Barcelona sensation Pedri played a backpass towards goalkeeper Unai Simon, with his concentration clearly not at the required level to play between the sticks.
The pass passed Simon by and found it’s way into the back of the net, a huge embarrassment for the Spain keeper.
Thankfully for Simon, he has hugely talented teammates, with goals from Pablo Sarabia, Cesar Azpilicueta and Ferran Torres making the difference in the contest.
Croatia did get back into the game with a late goal, one which was awarded after some penalty box pinball and a goal-line technology intervention.
It wasn’t the prettiest goal you’re ever going to see in your life, but it makes for fun viewing, nonetheless. Both of Croatia’s goals today have been rather bizarre…

Anyone for some more penalty box pinball? 🕹😅

Orsic just about scrambles home from close range - and we're in for some finish! 🍿#CROESP | #ITVFootball | #Euro2020 pic.twitter.com/Zsw6VFHeyv