Manchester United midfielder Paul Pogba, who is currently away on international duty preparing to represent France in this summer’s Euros, h... 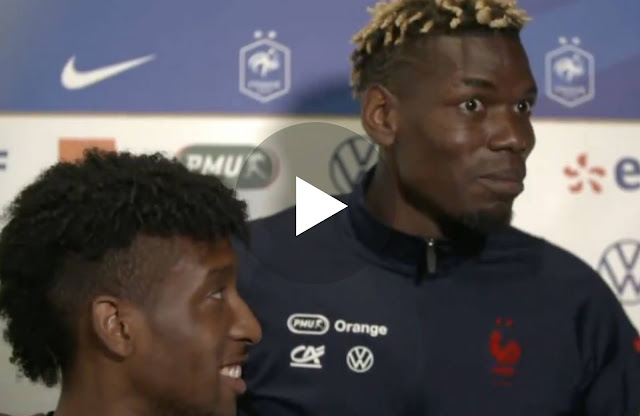 Manchester United midfielder Paul Pogba, who is currently away on international duty preparing to represent France in this summer’s Euros, has been spotted responding to speculation surrounding his current contract situation.
Having rejoined the Red Devils from Juventus five years ago, Pogba is now entering the final 12-months of his contract.
With no renewal yet to be agreed, fans have been left to sweat over the prospect of seeing their French World Cup either walk away from the club for free next year or be sold this summer.

However, reacting personally to his enthralling contract situation, while currently with his France teammates, Pogba was quizzed by PSG’s Presnel Kimpembe and Bayern Munich’s Kingsley Coman.

In a recent press conference, the always light-hearted Pogba appeared to pop up, mid-conversation the other two French players were having about the prospect of the United man joining PSG.

Although the clip sees the trio conversing in their native French language, CaughtOffside is able to provide a translation below: