Ukraine headed into half-time with the scores level against the Netherlands in their Euro 2020 opener – and they had goalkeeper Heorhiy Bush... 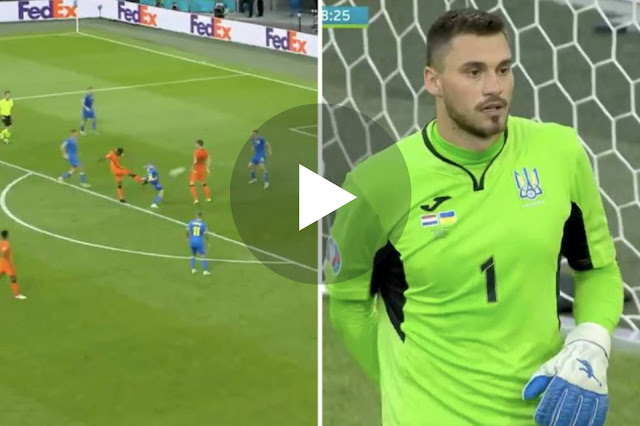 Ukraine headed into half-time with the scores level against the Netherlands in their Euro 2020 opener – and they had goalkeeper Heorhiy Bushchan, in no small part, to thank for that.

While, looking at the tie on paper, you’d assume that Netherlands were firm favourites to pick up all three points in this opening group match, that’s not necessarily the case.

Ukraine qualified for the Euro 2020 tournament by finishing ahead of Portugal in their group, with the holders considered among the favourites to go all the way and win the competition for the second time on the bounce.

Netherlands, on the other hand, have serial failure Frank de Boer in charge, with many of their performances under his leadership to date unconvincing.

Nevertheless, the Dutch national side do have individual quality within their ranks, particularly in the attacking third, with Paris Saint-Germain new boy Gini Wijnaldum being among that.

Wijnaldum looked as though he was set to give his country the lead over Ukraine after he volleyed goal-wards from the edge of the penalty, with his strike taking a deflection en route to the goal.

However, somehow, Ukraine goalkeeper Heorhiy Bushchan adjusted to make the saving, ensuring that his clean sheet remained intact heading into the half-time break.