It’s actually incredible to think about when you see that Man United and Arsenal have fairly cordial relations these days, but it used to be... 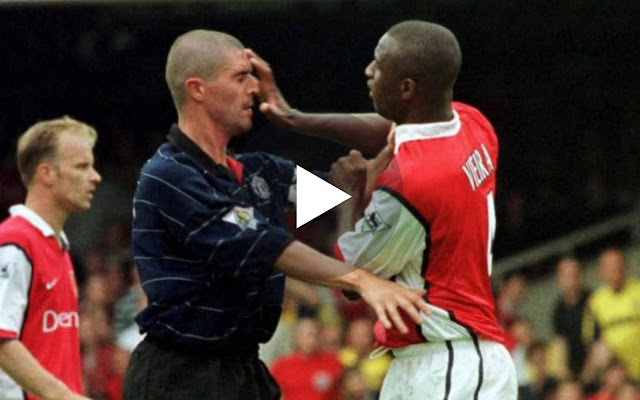 It’s actually incredible to think about when you see that Man United and Arsenal have fairly cordial relations these days, but it used to be the biggest rivalry in English football.

In many ways the clashes in the tunnel were more exciting than some of the actual games, and the most memorable incident came when Arsenal captain Patrick Vieira was having a pop at Gary Neville.

Roy Keane was having absolutely none of it as he came thundering down the tunnel to stand up for his teammate, and it goes down as one of the most infamous incidents in Premier League history.

ITV will have all three players in the studio as part of their punditry team for an upcoming game, and the face that Keane made when the presenter suggesting they could chat about the incident is absolutely priceless:

Roy Keane’s face when the presenter brings up the Highbury tunnel incident with Vieira sitting next to him😂😂 pic.twitter.com/FkxidirgGM

It’s actually hard to tell if he wants to laugh or smack the presenter, but it’s got the expected reaction online:

Mark Pougatch just nearly got murdered by Roy Keane. Man should wait to get to his car after the game.

The look on Roy Keane’s face

When you bring your bird round to meet your mum and she gets the family photo albums out.#FRAGER #RoyKeane pic.twitter.com/9u7qVnNeQc