The Copa America organisers paid tribute to the late Diego Maradona in quite remarkable fashion ahead of Argentina against Chile this evenin... 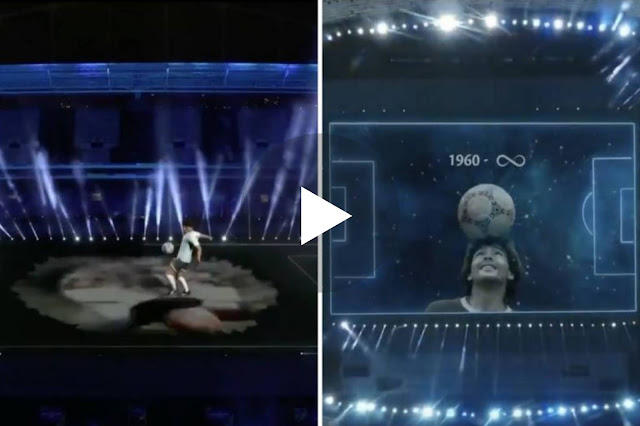 The Copa America organisers paid tribute to the late Diego Maradona in quite remarkable fashion ahead of Argentina against Chile this evening.

Maradona, who is widely regarded as one of the greatest footballers of all-time, sadly passed away in November of last year following a string of serious health problems.

His passing rocked the football world, with Argentina, as a footballing nation who absolutely worshipped their World Cup winner, still very much mourning the loss.

In 91 appearances for his country, Maradona netted 34 goals, a record, which while impressive, doesn’t even scratch the surface of his influence.

While every contributing member of the squad will feel aggrieved not to get their share of the credit, Maradona virtually won the 1986 World Cup singlehandedly, pardon the pun.

He will, more so than Lionel Messi, live on as an Argentine icon for all that he contributed and all that he achieved, and ahead of their Copa America opener tonight, the organisers wanted to reaffirm that to his family.

In what has to be one of the most impressive pre-match spectacles we’ve ever seen, a Maradona hologram was doing kick-ups on the field of play, followed by clips of some memorable goals, projected onto the turf.

It’s an absolute must-watch, and a fitting way to remember a man who made a career out of providing amazement.